France has made international news several times lately for coming up with creative solutions to public problems. Like the Uritrottoir, which made its debut in early spring. I think it’s clever, but apparently it’s pissing off our neighbors (pun intended). And a theme park in western France is hoping that people will litter less if crows show them how to throw away their trash. Now if only someone would come up with a use for pigeons.

Although I miss craft beer when in France, there is something nice about going to a restaurant and just asking for une bière. Sometimes you’ll have a choice between a wheat and a blonde, but mostly you just take what they have. And mostly it’s pretty good.

But if it’s not good enough, you can take the train one hour to Belgium, try a different beer at every meal, and never see a wine menu.

After our earlier shampoo debacle, we ended up finding one that works well and that we both love (so much so that I’m considering bringing a case back with me to the US). However, the one toiletry I’m still not happy with is… my deodorant. By default, toiletries in Europe have fewer toxic chemicals than in the US (which is great!), but unfortunately they don’t seem to work as well. Add in a tiny apartment and weeks of near-triple-digit weather, and Colin’s starting to give me the side eye. Sorry, dear, c’est pas ma faute! 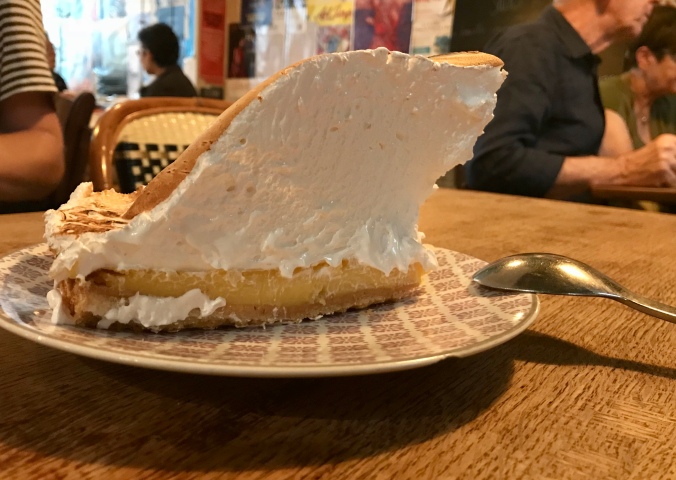