I’ve alluded to my ever-growing To Do for Fun list in previous posts, but I never actually talked about what was on it. The list currently stands at 61 items, although a couple have been removed after further research (for example, tickets to the Moulin Rouge are outrageously expensive, so we decided we weren’t interested) and a few are big ol’ maybes (like the Grand Palais, which is beautiful from the outside but only worth going in if you want to see whatever exhibition is going on at the time). Generally I have not added restaurants or shops; I track those separately in Google Maps.

I have so many lists! It’s as though making lists and crossing things off is my full-time job these days! (Funny because it’s true.)

So anyway, by the numbers: We’ve been in Paris for about 7 weeks. Our list is 61 items long. We’ve accomplished 26. That’s an average of almost 4 per week, which I think is pretty darn good considering that 50% of our household is holding down a full-time job.

If you want the full run-down – which, I should warn you, is longer than a transatlantic flight – you can see the list below. To make things less overwhelming, I’ve organized the list into categories and added some photos and notes. I’ll post updates every now and then as things get added or accomplished, and if you have any suggestions for things that should be on La Liste but currently aren’t, let me know! 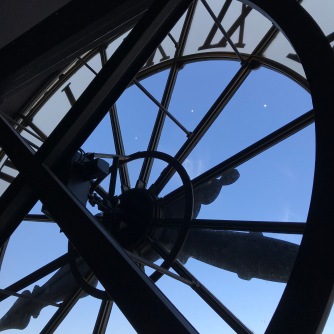 The clock at Musée d’Orsay

Carved trees at the Pompidou

Winged Victory of Samothrace at the Louvre

Monet’s Water Lilies at the Orangerie

Monuments and Landmarks: 9 accomplished, 5 to go 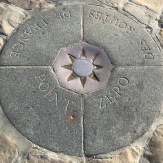 Activities and Events: 1 accomplished, 9 to go

One thought on “La Liste”