It feels like a week has passed since Saturday, but my calendar assures me that it’s actually only been two days. In any case, we’re here!

I’ve become so accustomed to the frustrations of international flights that I expected the hard part of our trip to be on the French side. Luckily, our arrival here was easy. The customs officer looked bored when we handed her our visas, and despite having to wait for our driver to find us in the airport (email sent on airport wifi: “We’re the lost-looking Americans with red backpacks and two overloaded luggage carts standing near the currency exchange”), we made it to our new apartment relatively painlessly.

Instead, the toughest part of our trip was simply getting to the Boston airport. Our flight was cross-listed as Delta/Air France, so we reasonably assumed it would leave from the international terminal, Terminal E. Just as our driver was pulling up to the curb and wishing us a safe journey, I noticed that our tickets said Terminal A, Delta’s terminal. After we apologetically explained our mistake, he agreed to drive us around again to the correct terminal—except then he missed it. What should have been a 15-minute drive turned into about 30. It seemed like an entirely appropriate beginning to a year that should bring with it humbling experiences by the truckload (plane-load?).

But we’re here, and we love it. Yes, the language is overwhelming and we’ve mangled the few conversations we’ve attempted so far. Case in point:

Me, ordering a cup of tea, after dutifully verifying via Google Translate that the noun thé uses the article un: “Un thé, s’il vous plait.”

The waiter lists the tea varieties available, but I have no idea what he’s saying, and I latch onto the few sounds I recognize, thinking he said something about au lait (milk).

Colin, whispering to me: I think he said Earl Grey, not au lait.

I ordered Earl Grey because I had no idea what the other options were.

Language aside, things are good. Our apartment is adorable, and our neighborhood is fantastic. We got our first glimpse of the Eiffel Tower (in the background) yesterday, while walking along the flooded Seine:

And today we visited our local church: 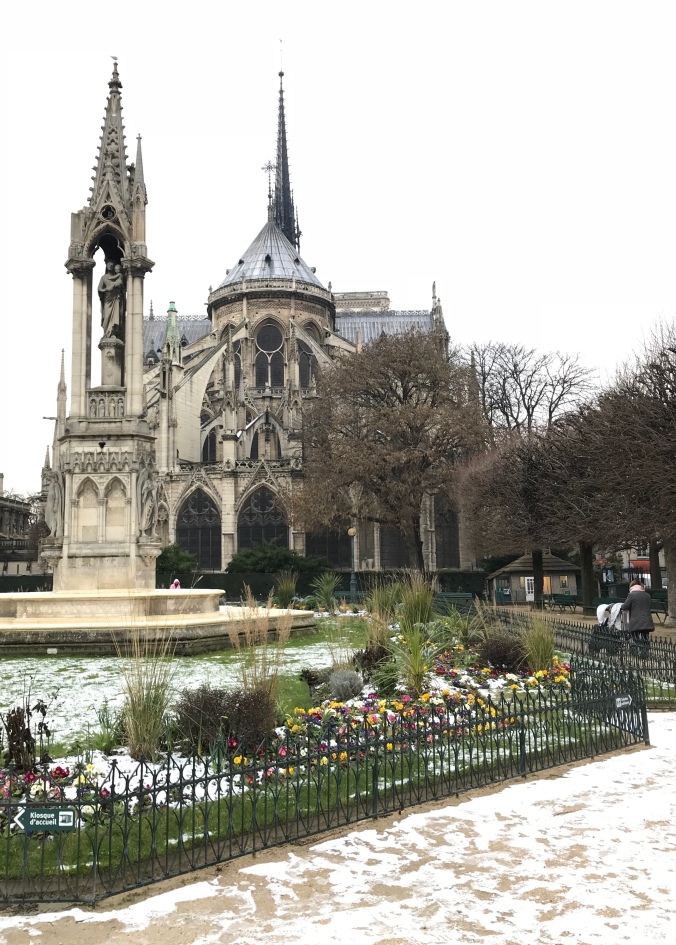 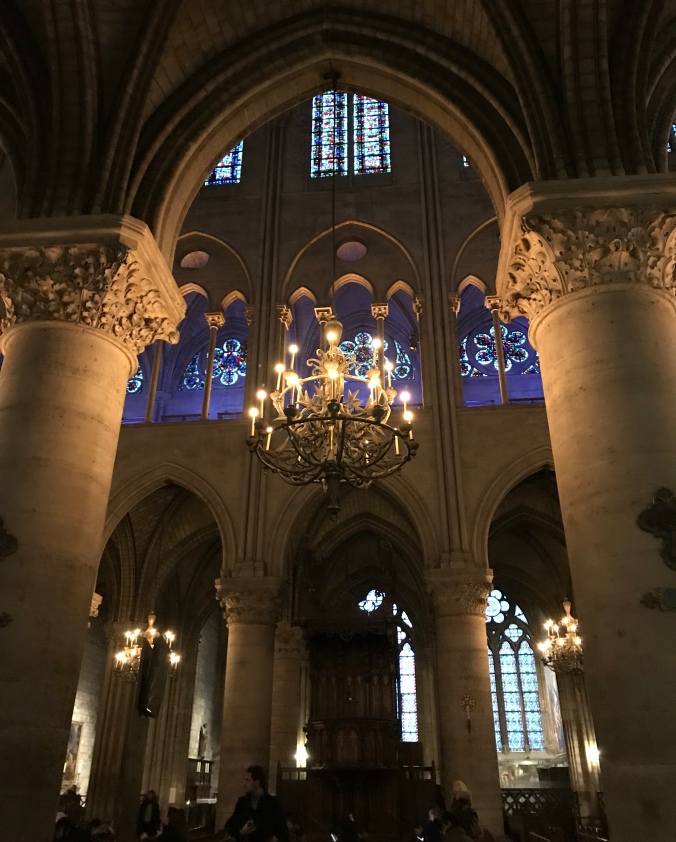